APPEAL TO THE HON’BLE CHIEF MINISTER OF TAMIL NADU TO SAVE THE LIFE OF
MURUGAN, SANTHAN & PERARIVALAN, WHO WERE SENTENCED TO DEATH IN RAJIV
GANDHI’S CASE AND WHOSE MERCY PETITIONS WERE RECENTLY REJECTED BY
THE HON’BLE PRESIDENT OF INDIA

Respected Madam:
Mahatma Gandhi long ago wrote in the Harijan :
“God Alone Can Take Life
Because He Alone Gives It”
In one of the most civilized countries of the world, it is saddening, death penalty still reigns.
We are shocked beyond words that 3 youngsters, who have spent almost their entire life
since their teens in solitary confinement, are condemned to face the gallows. Murugan,
Santhan and Perarivalan who were sentenced to death in Rajiv Gandhi’s case appealed to
the President of India for clemency under Article 72 of the Constitution on 26th April 2000.
They have all along been hopeful that they would either be released from prison or their
death sentence would be converted into life imprisonment by the President of India. They
have been awaiting almost every dawn a news of relief from the President. Alas ! The
President of India turned down their clemency petition after making them wait for more than
eleven long years.
The Supreme Court of India has in the past converted death sentence into imprisonment for
life only on the ground that clemency petition of a convict was pending with the President of
India for more than 2 years. A five Judge Bench of the Supreme Court of India has in
Smt.Triveniben Vs. State of Gujarat held : “As between funeral fire and mental worry it is the
latter which is more devastating, for, funeral fire burns only the dead body while the mental
worry burns the living one.” The death sentence of these 3 persons were confirmed by the
Supreme Court on 11 May 1999. It is more than 12 years since their death sentences were
confirmed and it is more than eleven years since they made clemency petitions to the
President of India. They have been under the shadow of death all these years suffering
every moment in a condemned cell.
There have been cases that even after the rejection of the clemency petition by the President
of India, State Governments have considered afresh the need for clemency and converted
the death sentence into imprisonment for life.
As early as in February 1979, the Supreme Court of India speaking through Justice
V.R.Krishna Iyer, while converting death sentence of a convict into life imprisonment, said:
“Our culture is at stake, our karuna is threatened, our Constitution is brought into contempt by
a cavalier indifference to the deep reverence for life and a superstitious offering of human
sacrifice to propitiate the Goddess of Justice”
It is submitted that the sovereign power under Article 161 of the Constitution can be exercised
by the Hon’ble Governor on the advice of Council of Ministers for converting the death
sentence of Murugan, Santhan and Perarivalan into imprisonment for life even after the
rejection of their clemency petitions by the Hon’ble President of India under Article 72 of the
Constitution.
It is submitted that pendency of the clemency petitions of these 3 persons with the Hon’ble
President of India for more than 11 years may be considered as a significant factor for
exercising the sovereign power under Article 161 of the Constitution and for converting their
death sentence into imprisonment for life. Their incarceration for more than 20 years may
also be treated to be an important factor for commutation of their death sentence into life
imprisonment.
We earnestly appeal to the Hon’ble Chief Minister of Tamil Nadu to save the lives of these 3
persons by exercising the sovereign power of the State of Tamil Nadu under Article 161 of
the Constitution, for which act the world Tamil community would ever be grateful. 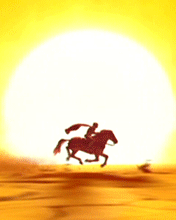